Funeral directors Drysdale and the Bellarine

William Sheahan Funerals is a proudly family-owned business that has been servicing Drysdale, the Bellarine Peninsula and the Greater City of Geelong region since 1998.

Bill Sheahan originally established the business as Drysdale Peninsula Funeral Service and it conducted its first funeral in July of that year.

The Funeral Home was established in the old National Bank of Australasia Ltd Heritage Building on the corner of High Street and Murradoc Road, Drysdale. Major alterations were made to the Chapel area, courtyard, car park and gardens, with a Mortuary and coolroom being added to the rear of the building. In the early days of operation, Bill lived on the premises.

The company changed its name to William Sheahan Funerals in January 2006.

In 2012, a new Chapel was built and attached to the existing building. The new Chapel was opened in June. It has a seating capacity of 150 and a standing area of a further 50 – 60 people. It also adjoins the old Chapel, which seats a further 70 people. Both Chapels have a CCTV link.

We are the only Funeral Home on the Bellarine Peninsula that offers full Chapel and refreshment services on site. Contact us if you’d like to know more about our Drysdale funeral arrangements and other services, including prepaid funerals. 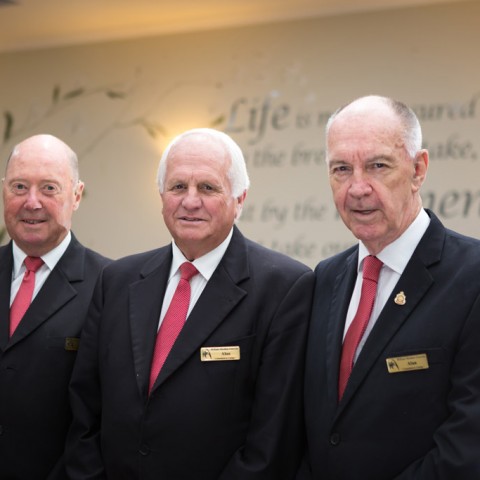